Shell Ginger will be the next superfood ... Japanese and Chinese people use logographic characters called kanji in their system of writing. 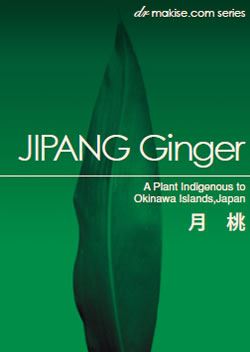 Japanese people use logographic characters called kanji in their system of writing. The characters are pictograms, symbols of the object that they represent. For example,  木 is a tree,  口 is the mouth,  山 is a mountain, and there are many others. Although nearly 100,000 kanji were used in ancient times, nowadays only about 1,500 are used. In today’s writing system, 月 represents “moon” and it also denotes the organs of the body, such as 脳 (brain), 胸 (chest), 胃(stomach), 腸(intestine), 肝 (liver), 膵(pancreas), 脾 (spleen), 腎(kidney). These characters include the pictogram in their structure, although it is said that, when used a symbol to represent organs, is derived from the pictogram, which means meat.

Etymology aside, starting 3,000 years ago or so, people have used the symbol 月 to represent body organs, which well may be because ancient people believed that the moon has a special connection to human organs. This belief is not without merit. An example is the menstrual cycle, which is synchronous with the cycles of the moon. It is likely that to one degree or the other, all body organs are subtly influenced by the ebb and pull of the moon. Ancient people were well aware of this association.

However, since we have become overly busy contemporary people lost in the maze of living and accomplishing, we are frequently unable, for all of our productivity and successes, to feel the influence of the moon and planets. On some level though, the lunar and solar attraction definitely remains, reflected by the numerous individuals who turn to astrology in its various forms to guide their actions and foretell their futures.

JIPANG Ginger® is the premiere product of Makise Clinic. Its main ingredient is composed of the fermented leaves of Shell Ginger (Alpinia zerumbet), which is a perennial plant of the ginger family. But Shell Ginger is not the same as ordinary ginger. Please don’t confuse Shell Ginger with ordinary ginger. Very much different in health benefits. And through the traditional fermentation technique we have improved the health benefits of Shell Ginger drastically. And powder them. We named it as “Fermented Powder of Leaves of Alpinia zerumbet-Makise” — FAZM.

In Japan Shell Ginger grows especially in Okinawa where its climate is subtropical. When this plant is written in Japanese characters, it is “月桃”, a representation of “Moon Peach”, named because its beautiful flowers are like white peaches illuminated by moonlight. Another reason for the name likely can be linked to the belief of ancient people who lived fully in nature who believed that Shell Ginger had a connection to the human organs. Otherwise, they probably would have called the plant “white peach”, “白桃” (白 symbol means white;  桃 means peach.), and not used the symbol 月 for human organs.

Even though there are thousands of plants, their names when written in Japanese normally do not incorporate(moon) or its components into logographic characters, except for Shell Ginger and a few other plants. The moon has a mysterious aura, a vibration that the sun does not have. Tired bodies and spiritually depleted souls after work or other exertions can be healed and restored during the night from the gentle vibration of moonlight. Starting billions and billions of years ago, our earth has been soaked with vibrations and energy from the moon. A logical extension of that process is for all living cells to have an ancient and atavistic affinity with the moon. 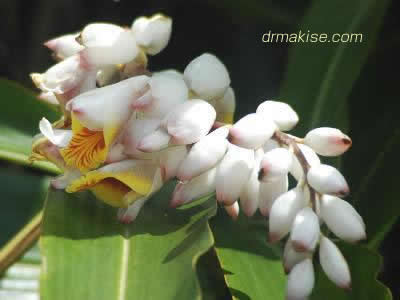 As I’m familiar with classic Japanese mythology, I have been strongly inspired by “月桃”, a plant that can help to greatly improve our general health. For hundreds of years, its benefit has been seen in the local people in Okinawa who have long drunk Shell Ginger tea and whose life span is one of the longest in the world. This tea and plant have markedly contributed to their health and longevity. The Okinawan people have been thoroughly endowed with by the aroma of Shell Ginger and its improvement of their health.

Plants get energy by photosynthesis, which releases reactive oxygen species. The stronger the sunlight is, the more free radicals are produced, requiring plants to adopt compensatory mechanisms for protecting their leaves and stalks. The robust sun of Okinawa is strong and vigorous, which converts the sky into a cauldron emitting heat and light onto all beings with no respite. The energy of the intense sun generates the exuberance of growing trees, the luxuriance of forests, and nurtures all creatures in its bounty. Its generative light bestows brilliant colors onto the land. In this particular vital natural environment, plants require numerous polyphenols to protect their leaves and stalks. 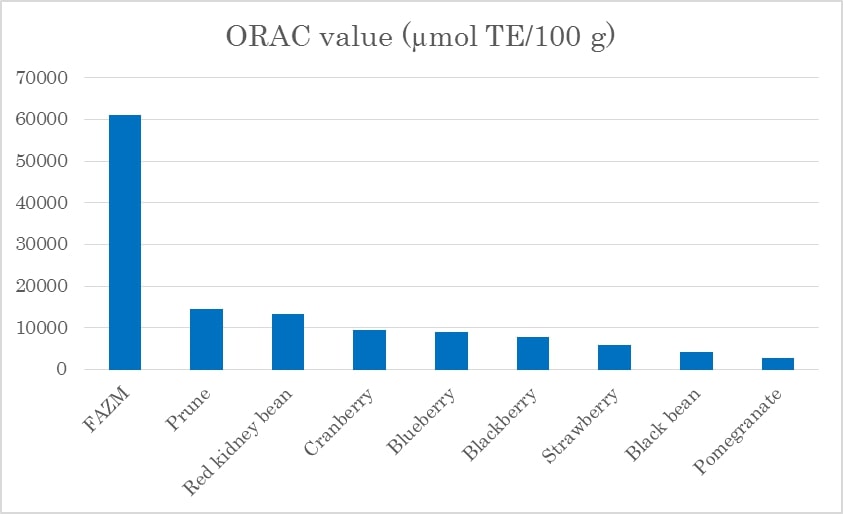 ORAC : Oxygen Radical Absorbance Capacity is a method of measuring antioxidant properties in biological samples, developed by researchers at the United States Department of Agriculture (USDA) and the National Institute on Aging in 1992. Higher the ORAC value, higher is the antioxidant property of that sample. As you can see from the table below, JIPANG Ginger® (Fermented Powder of Leaves of Alpinia zerumbt-MAKISES — FAZM) has outstanding antioxidant capacity compared with other foods. 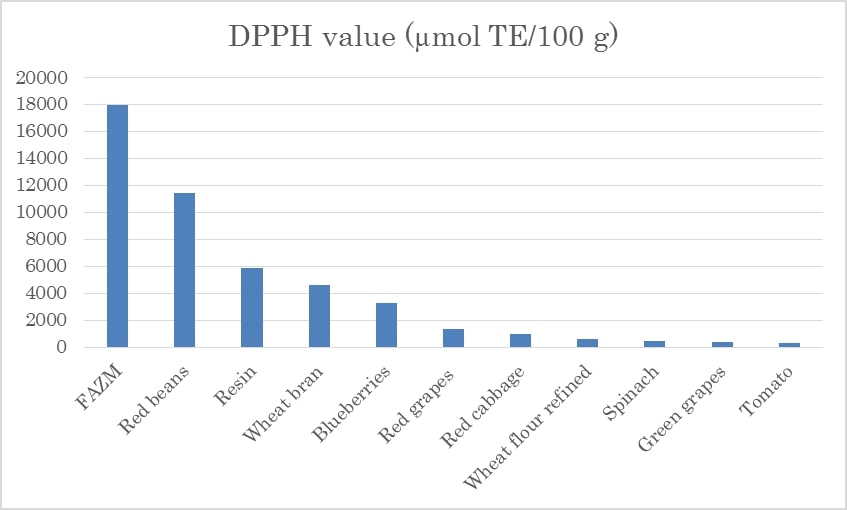 DPPH : 2,2- Diphenyl-1-picrylhydrazyl, commonly known as DPPH is a strong radical. It is able to capture other radicals. It gives a deep purple color in aqueous solution. However, when it is neutralized with other radicals, it becomes transparent and subsequently changes to pale yellow. This is a visual method used to check the antioxidant property of a sample.

In Okinawa for many, many years, the leaves of this beautiful plant, Shell Ginger, were used for wrapping food thanks to their antiviral and antibacterial action and good aroma. Its sheath was used as a material for making fabric and netting. Initially, its health promoting effects went unnoticed even though most of the local populous drank Shell Ginger tea without associating ingesting it with its beneficial effects. I discovered the fact that the Shell Ginger grown in Okinawan soil is packed with dozens of polyphenols, such as ferulic acid, quercetin, kaempferol, chlorogenic acid, epicatechin, catechin, and others. 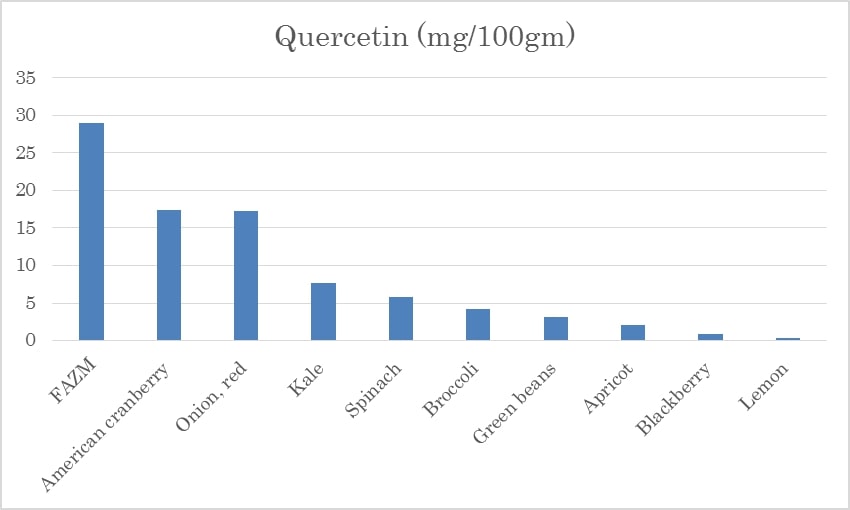 In Japan, researchers specializing in Alzheimer’s disease have focused attention on ferulic acid (FA) because of its ability to abrogate the destructive and toxic effects of amyloid beta protein by preventing its deposition in the brain. FA also reduces oxidative stress and the formation of thymine dimers in the skin.
Chlorogenic acid is one of these polyphenols and its function is to reduce the transformation of glycogen into glucose in the liver by inhibiting the hydrolysis of the enzyme glucose-6-phosphatase.
Catechin, a natural phenol antioxidant plant secondary metabolite, inhibits histidine decarboxylase, thereby preventing the conversion of histidine to histamine.
Putatively, that mechanism allows catechins to reduce histamine-related responses.

These are only a few examples of polyphenols.

Shell Ginger increases our body temperature, as do its cousins in the ginger family. Compared to thirty years ago, the average body temperature has dropped at least one degree (Celsius) over time. One reason for this decline is that people don’t use their muscles enough. People are tied to their automobiles and depend on them to go everywhere rather than walk, which was less true thirty years ago. This automotive dependence is especially true of Americans, who consequently are not using the muscles in their lower bodies.
Forty percent of total body temperature is produced by muscles. Adding to the problem is the health guru caveat that to be healthy people have to drink at least 8 glasses of water a day to detoxify their bodies. Most Americans have bought into that untruth, almost as a cultural imperative. Our bodies definitely do need water, but the water they require is water entering the cells, not water accumulating in the interstitial spaces between cells. Bottled water, popular as it is, does not entirely enter the cells, but pools in the interstitium and induces edema. In Oriental Medicine this phenomenon is called “Water Intoxication”.

Water Intoxication is generally manifested as lower body obesity, hypertension, and depressed kidney and liver function. In spite of having much water in the body, the skin becomes dry the water ingested isn’t entering skin cells but rather is collecting in interstitial tissue. Particularly pernicious is cold bottled water, which depresses body temperature. Proper body temperature is critical for optimum enzyme activity. A reduced body temperature is reflected by reduced immune system activity, which can lead to different ailments and accelerate aging. Obese people, in particular, tend to have a low body temperature. One of the many beneficial effects of Shell Ginger (Alpinia zerumbet ) is that it makes most of us warmer.